How Do Toilets Work?

Today, most people don’t understand the engineering marvel that the toilet represents, but everyone certainly appreciates the toilet’s effectiveness. Most people believe that Thomas Crapper invented the flush toilet, but the true genius belongs to Sir John Harrington of England. In 1596, Sir Harrington described a flushable toilet in a pamphlet and installed a working model in Richmond Palace for his godmother, Queen Elizabeth I.

So, how do toilets work?

The Anatomy of a Toilet 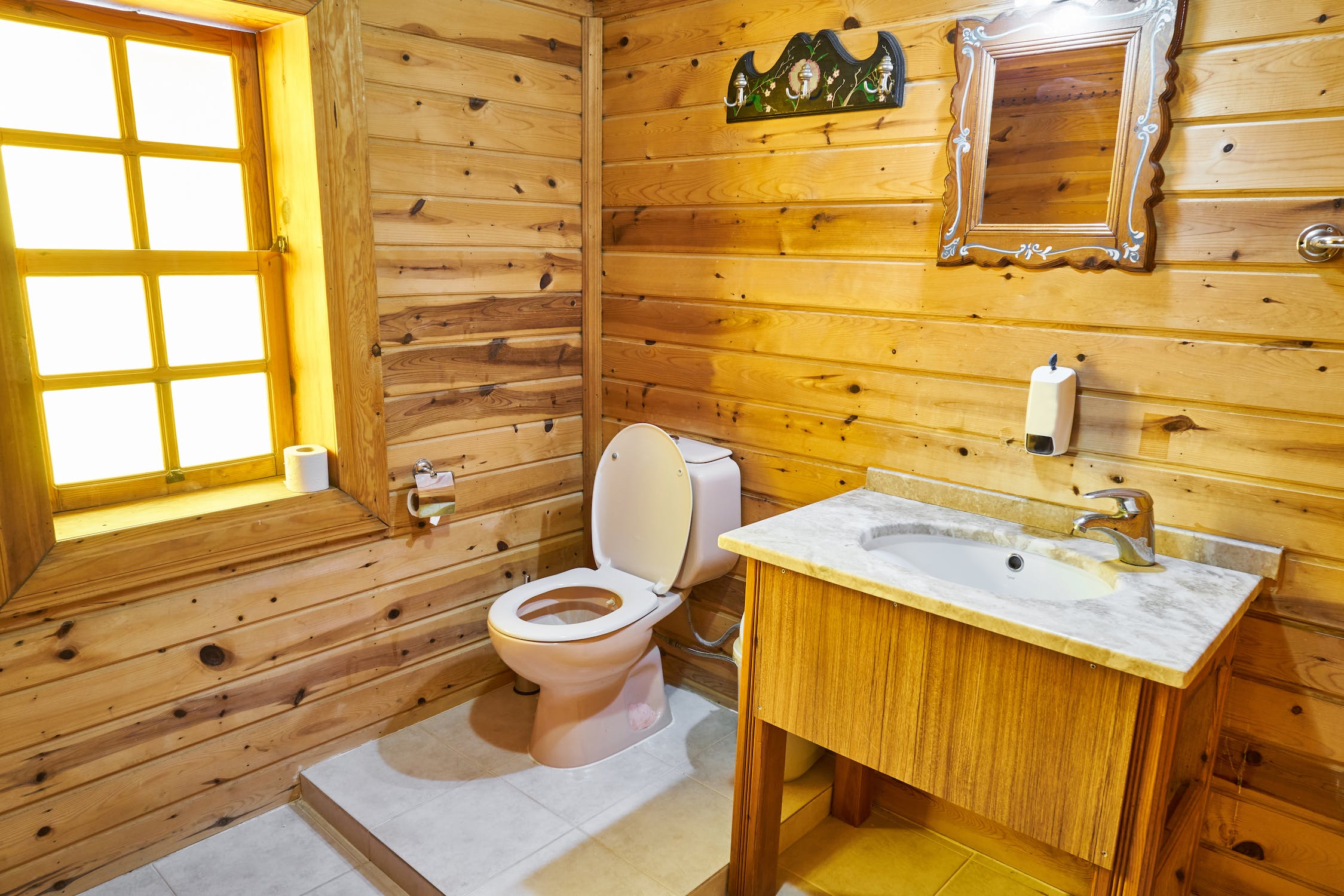 Image by Engin Akrurt  free to use by Pexels

Let’s take a look at the parts of a toilet first. The porcelain toilet has two main parts: the upper tank and the lower bowl. The tank rests on the bowl and holds around two gallons of water. You’ll see the flush arm, a flapper chain, and a flapper attached in a series Inside the tank. You can see a separate contraption including the fill valve, float, and a refill tube. The refill tube empties into a third piece called the overflow tube.

The bowl has no moving parts. The porcelain was designed with a bowl, rim jets, a siphon jet, an S-shaped trapway, and a descending exit tube, all in one piece.

How the Flush Works

Once the flush completes, we take you back to the tank to see how the water refills the tank and bowl. After the two gallons of water have left the tank, the flapper, also known as the ballcock, drops back in place, sealing off the pipe leading to the bowl.

The magic doesn’t stop there because the water in the bowl rises when the water flows into the toilet through the overflow tube. The excess water gets forced by gravity into the S-shaped trapway and down the exit tube, preventing the water from overflowing in the bowl and onto the floor.

What Happens When I Have No Water?

If you can fill the tank with water yourself, you can flush the toilet normally, and everything will work. Even if the tank on your toilet was broken or leaked so bad it couldn’t hold water, you could still flush the toilet. Take your two gallons of water and pour it directly into the bowl. You must pour the water quickly, or the pressure won’t force water over the trapway to activate the siphoning effect that pulls the water and waste from the bowl down the exit tube.

Why Does My Toilet Overflow?

Your toilet bowl overflows onto the floor when the trapway or exit pipe becomes clogged, or worse, when a clog somewhere down the plumbing line forms, forcing the water back up through the toilet. Putting too much toilet paper in the bowl at once gets the lion’s share of the blame for overflows. Children often put foreign objects like toys into the toilet while mom and dad aren’t looking, causing a clog.

The interior plumbing from your toilet to the street can have multiple turns. These turns have joints that seam two pipes together with glue; sometimes the glue clumps and catches the paper and other items that get flushed. Eventually, this catch builds up until the pipe gets blocked and backs up the plumbing.

If you live in one place long enough, all of these scenarios will play out at some point. Don’t worry. You aren’t alone. At Dahme Mechanical Industries, we’ve served the Arlington Heights and Surrounding Chicago suburbs for years. Our family-owned company can respond to your plumbing emergency quickly and have your toilet and plumbing flushing like normal in no time. You can call us at (847) 396-9821 or contact us online for a service appointment.